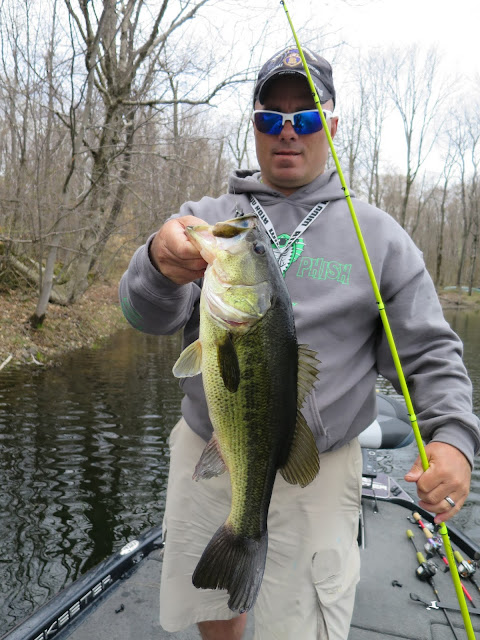 Set into deep woods on the west side of the Oswego County hamlet of Redfield, the  6.9-mile long Salmon River Reservoir spills over 2,260-acres. Fed by streams and springs pouring  off the Tug Hill Plateau, one of the most remote and least developed regions of the state, its squeaky-clean waters average  20 feet deep and drop to a maximum depth of 57 feet.

Called Redfield Reservoir by locals, it’s the best fishing hole totally within the borders of Oswego County.Boasting warm and cold water species, the place is best known for its superb largemouth bass and black crappie fisheries.

Smallmouth bass made it into the system late in the last century and are gaining a foothold. Still their numbers are small.

The NYSDEC stocked walleyes into the place from 2003 to 2008. A survey conducted in the fall of 2008 to evaluate the success of the program came up bare. Curiously, another survey, in 2013 caught 23 walleyes ranging from 9.5 to 22 inches.

These results convinced the authorities that “natural reproduction is taking place…” and it was decided “to continue stocking the species to “help maintain the walleye population.”

What’s more, according to the DEC: “Many of the streams entering the reservoir are stocked annually with rainbow, brown and brook trout; some of them may make it into the reservoir.”

According to Brian Eisch, the reservoir is “primarily shale rock…not too much vegetation…that’s why the smallies are small…usually about 1-1/2 pounds. Large mouths typically go 2 to 3 lbs. with a lot of ‘em reaching up to 5 pounds,” continues the retired Army Ranger and master sergeant, who lost his left leg in Afghanistan.

His favorite bait is a rubber skirted jig tipped with a Cray Phish Trailer manufactured by his company, Tricky Phish Bait Company, in the Oswego County hamlet of Lacona. Other baits he likes to keep handy are chatterbaits, bladed jigs, swimbaits and spinnerbaits.

Eisch suggests fishing for largemouths in vegetation: “There isn't much and you’ll have to search for it 15 to 20 feet from shore. It’s literally a line of grass…” he explains.

Access to the reservoir is plentiful. Boat launches with parking and hard surface ramps are located at:


Eisch is featured in WPBS-TV's production of "Fishing Behind the Lines" with Don Meissner.  The series features active and retired military personnel and their fishing experiences,  and is sponsored in part by the Oswego County Tourism Office .  To learn more about Brian's bass fishing tactics, go to http://watch.wpbstv.org/video/2365698104/. 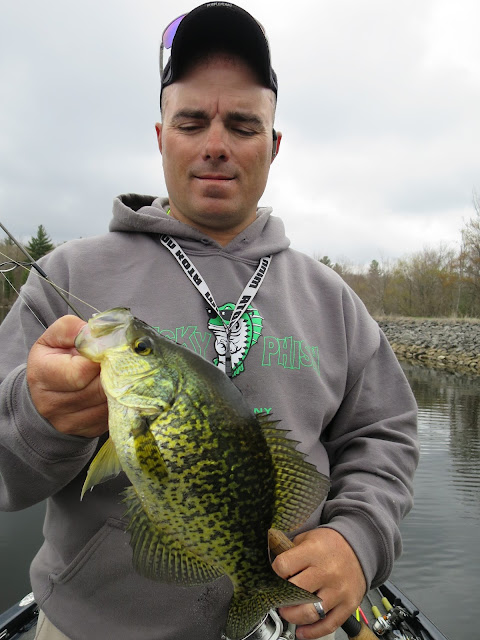 Spider Rybaak
Spider is the author of the newly-released "Fishing Oneida Lake," along with "Fishing the Great Lakes of New York: A Guide to Lakes Erie and Ontario, their Tributaries, and the Thousand Islands," (Burford Books), " Fishing Eastern New York" and "Fishing Western New York," the most complete study ever published on recreational fishing in the state's fresh waters. Available at all fine book stores and on-line.